What joy teaches you

In Madrid, I met a joyful clown. Lorena Silvestri has three passions: theatre, education and social entrepreneurship. And one belief: it is through amusement that we learn best. With her friend Carmen, she created the drama company “Bailando Esperanza”. Between 2010 and 2012, the two young women undertook the project “Wake up and Dream!” in India, Venezuela and the Middle East in order to collect children smiles and provide some respite to their educators. In Ashoka premises, and then on the last floor of the cultural centre CaixaForum, Lorena shares with me pleasant stories and plenty of projects. 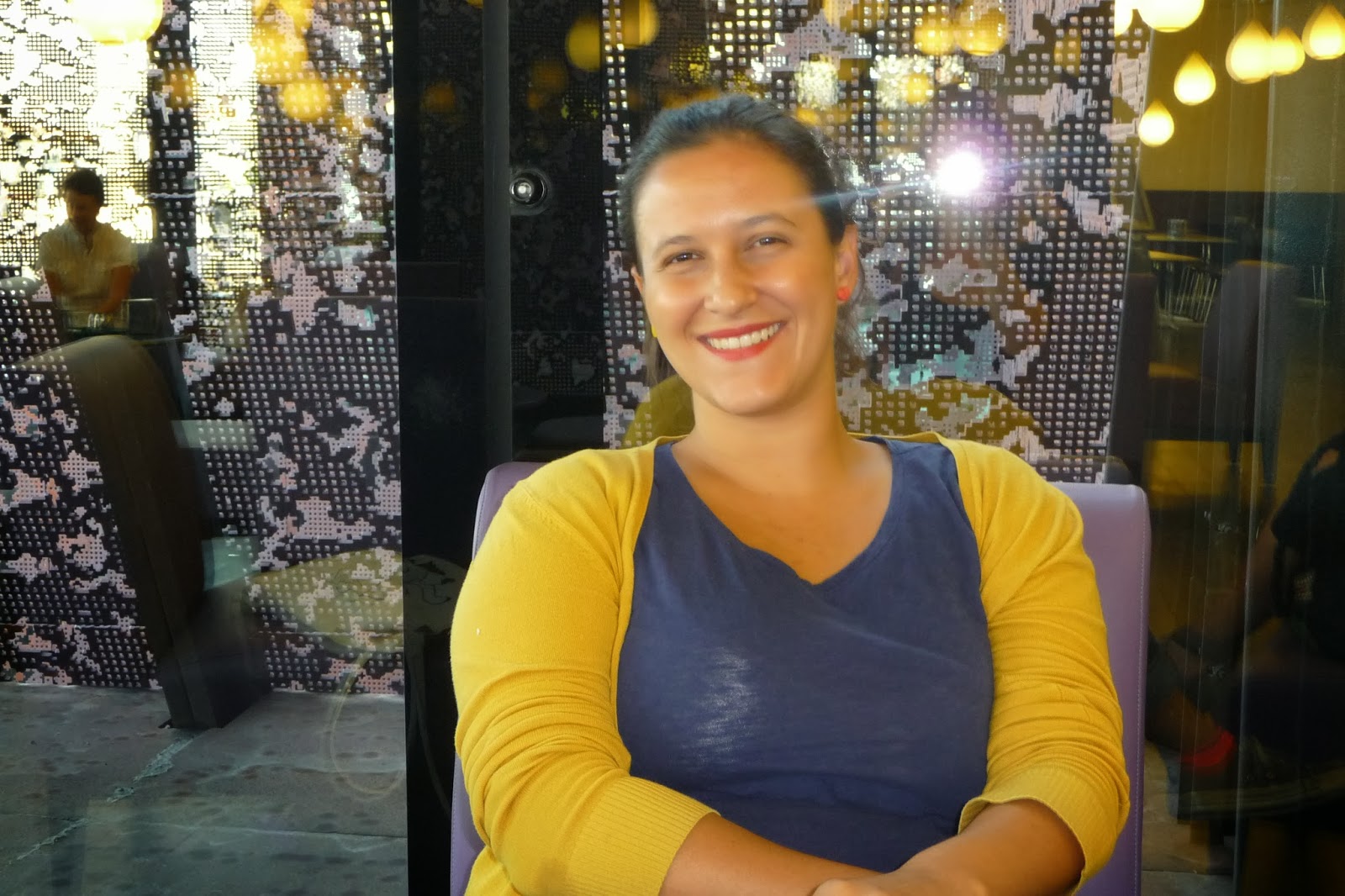 Her sparkling eyes and loud laugh are likely to set the tone right away, to announce a deep conviction: life is an amazing adventure. Born in Venezuela, Lorena Silvestri spent her childhood there, before moving to Europe for her studies.

Lorena remembers her early years in Caracas, especially school. A Catholic school, with children from very rich families, a school where charity towards the worst-off is taught. “When you grow up in a city like Caracas, it is extremely easy to realize that so many things go wrong in the world. Because you know there is 80% of the city where you cannot go because it is dangerous”, explains Lorena, who still has vivid memories of the times she went in other schools to play and share knowledge with children from poor districts.

Another moment etched in her mind is her encounter with theatre: “At the age of 13, I attended a play acted by classmates, and I told myself: “This is it. That is what I want to do for the rest of my life!” tells Lorena, who started drama the next year, and has never stopped since. 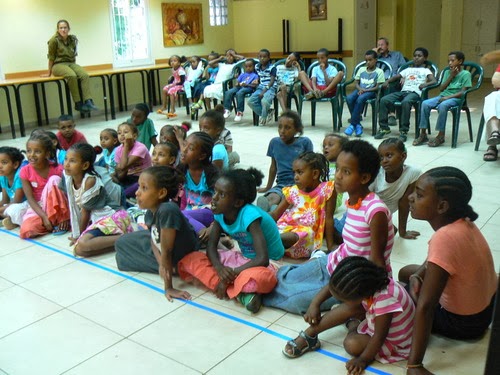 At the age of 17, Lorena was accepted at United World College (UWC) which is “an international organisation created during the Cold War in order to educate young people from all over the world to a peace culture, conflict resolution and intercultural understanding”. She spent two years of formation in the College of Duino, in Italy, her grandfather’s country. There, the community service being at the heart of the pedagogical project, Lorena dedicated her energy to… drama projects. “We created a puppet show, “Le favole del mondo” -world fables-, to tell the world creation through different cultural traditions. We went on tour in all Trieste: orphanages, community centres, retirement houses… it was a lot of fun!” says Lorena, very enthusiastically.  `

After Italia, Lorena pursues her studies in Germany, before settling down in the Spanish capital. While working in an early-stimulation learning centre dedicated to young children and their parents, the young woman takes a clown training. There, she meets Carmen, who is Israeli: “We spent a lot of time together, and we soon noticed that we both loved to be on stage together! A year later, we created our drama company, Bailando Esperanza”. Then, friends from the UWC invite Lorena to their wedding in India. “I offered Carmen to come with me, and we had long discussions on the way we could bring a meaning to our trip… Our skill was acting, why not putting on a theatre play?” recalls Lorena, with a bright smile.

What comes next is the summer project “Wake up and Dream!” carried out between 2010 and 2012 in three regions of the world: India, Venezuela and the Middle East. Distributing hundreds of red noses on their way, the two young clowns move from village to village to act their play. Lorena pitches the story for me: “We are two adventurers, we are lost and hungry and, since we do not speak the language very well, we start asking questions… From the first seconds, the children answer, finish our sentences, go on stage… The show is really simple and interactive.” 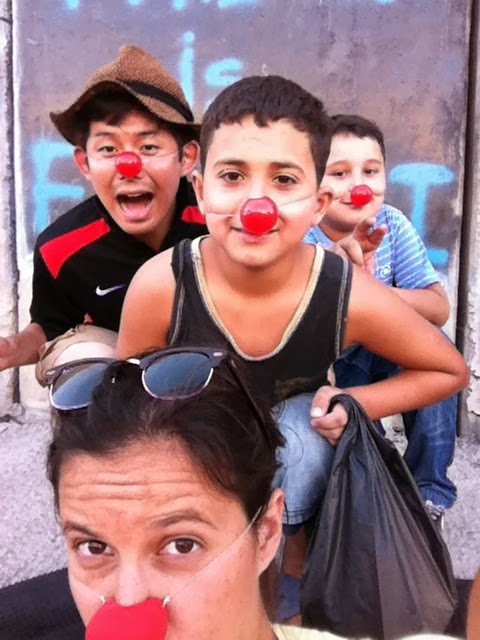 For the adults who take care of those children - teachers, educators, and parents - Lorena and Carmen offer a workshop on clowns. “We soon realized that we were lacking time to achieve a real training, so we reconsidered the workshop as a gift, a moment for having fun more than for learning something” explains Lorena. In the same way, she prefers to measure the impact of the project through the amount of raised smiles (more than 16 000 in three years) rather than through eventual educational benefits: “A lot of people and organisations work hard for development and education in the world… we come to bring them some hours of laugh and entertainment.”

Enjoying ourselves and changing the world

Lorena and Carmen dedicated all their free time to this ambitious project. In Madrid, Lorena teaches theatre to very young children, awakening them within “imagination, expression and creation of their own world”. She considers acting as a powerful tool for well-being and learning.

In another field, but with the same will to communicate her energy, Lorena is one of the leaders of “Jovenes Changemakers” launched by Ashoka in Spain, facilitating some workshops meant to help young people from 14 to 24 to discover and experiment social entrepreneurship. “The idea is not to allow them to make a living on it, but rather that they understand what “being a social entrepreneur” means, how it feels like to transform something in your community, how you can be thrilled by creating right from the beginning an opportunity on your own,” explains Lorena. 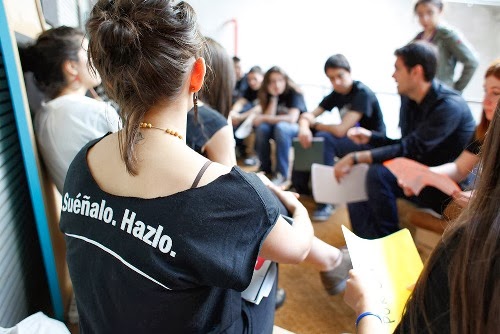 The methodology “Dream it, Do it!” developed by Ashoka lies on projects leaders’ passions. This simple approach may inspire some promising initiatives. With The Social Coin, a Catalan team bet this way that a biodegradable coin could encourage small daily altruism acts. The young social company would already have helped around 125 000 people. In order to reach more young people, teachers and social worker are also trained to “Dream it, Do it!” methodology.

An idea, a team and passion

With Ashoka, with the United World College or with COtarro, a group of freelancers specialised in social innovation, Lorena does not run out of projects. With her team-mates, the young woman is currently launching two initiatives. The first one consists of offering some construction challenges to children. “Tinkering School” in San Francisco area inspired the project. “In Silicon Valley and around, where there is the top of technology and innovation, they also demonstrate that it is just as important to allow children to do… what we have always done, using our hands!” says Lorena joyfully. The other project is “Punto JES”, a resources centre dedicated to young social entrepreneurs. 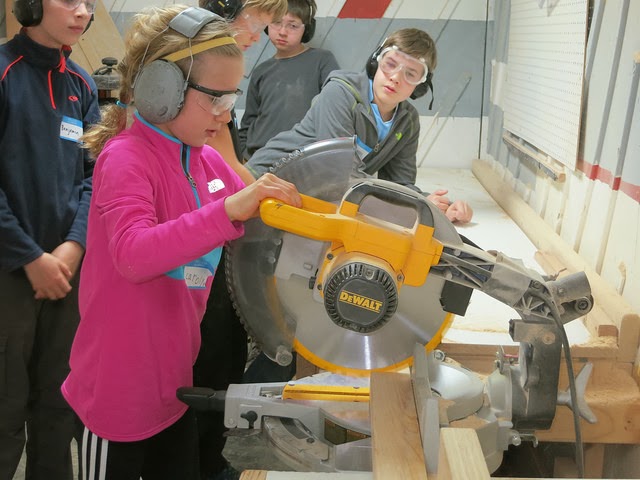 If Lorena is that active, it is because she considers today Spain a favourable ground for social entrepreneurship. “Green was popular in the 90s, now it’s social entrepreneurship!”  she says with delight, referring to the increasing media attention and the amount of public and private organisations ready to support new projects. Even if, in the young woman’s opinion, financial resources are not the most important at first: “Having the idea, the team, the willingness and the energy to do a business, that is what matters first!”

What Lorena could learn

“To grow up as a person and as a professional, I try to learn constantly, to be open to what happens around me”.

“The important word is: enjoy. There is no use to force children to do something they don’t like, we cannot learn this way. What we offer them has to be engaging and interesting”.

The key skills? “Self-confidence: it is important that children can shape their own opinion and feel that what they have to say is important. Creativity is also important, and it is linked to self-confidence. I think we can only be creative when we allow ourselves to fail and when we feel good with ourselves”.

For more information about "Wake up and Dream!", visit Bailando Esperanza's website and tumblr.