On October 20th, I was part of a Transeuropean Walk in Warsaw. This kind of a walk also took place in Barcelona and in Berlin, in the frameworks of the Transeuropa Festival which was organized by the organization European Alternatives. Each in its own way, these three European cities have created something out of a common idea: a walk on the topic of migration. In Warsaw, the group chose a text from the Polish writer Witold Gombrowicz's journal.

Five actors from different origins read the text in their native languages, in five places in the city (you can download this text here). At each stage, a production:  musicians and dancers create a particular situation and atmosphere on the topic of immigrants. Between each stage, about sixty people walk alone or in small groups, talking or in silence.

The language melody changes, each actor has his own history and temperament. But the rope that binds, attaches and separates, the excitement of the discovery, the inevitable amount of violence, the energy of despair, the agitation, the exhaustion... accessories, accents, looks that show that emotions are alike among migrants.

I was suddenly in Argentina, completely alone, cut off, lost, ruined, anonymous. I was a little excited, a little frightened. Yet at the same time, something in me told me to greet with passionate emotion the blow that was destroying me and upsetting the order I had up to now.

We begin on a path leading to Ukazdowski Castle, where the Contemporary Art Centre of Warsaw is located. A young Italian guy climbs up a ladder, observes, goes down on the other side and finds himself in an area enclosed by a rope. Some people search him, then play with him. Meanwhile, he says what he has to say. 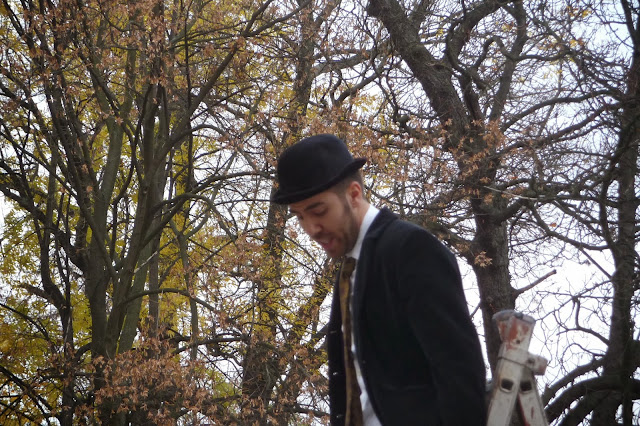 Further, in an underpass, Noé plays a scene in French. One can see his frightened eyes in the darkness. In real life, Noé arrived in Poland four years ago because he had fallen in love with this country and wanted to found there a “Ludoteka”. He invites people from each age and origin to meet, play and laugh together. What is more natural? 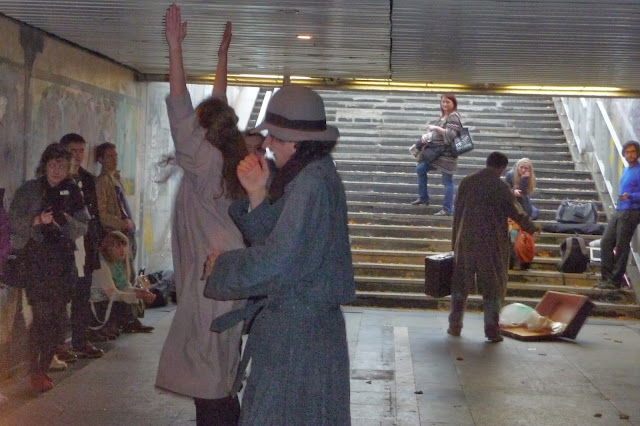 A bit after, on a big esplanade surrounded by buildings, Alvaro, a Spanish guy, tells his story. Alvaro is a good actor. He is also part of the European Alternatives local group which has organized this creative and reflective moment. 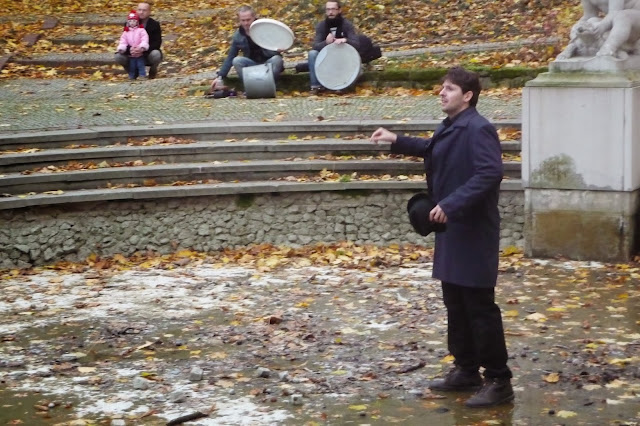 The last stage is located a few steps away from the Plac Konstytucji. After a scene which has been around the figure of a Russian immigrant on a basketball court, a young woman tells the text in Polish, its original language. The walking audience takes part in the performance, holding the rope that delimits the show area. In the end, dancers run to and fro, stride over the rope, shove the audience to mix up the borders and to somehow stress the fact that one is never only passing by, that one always has a role to choose. 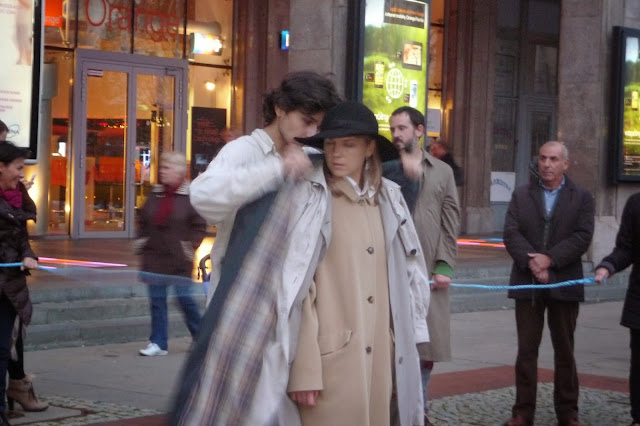 After the walk, we meet at Cafe MIto, where the walkers are asked to write a few words on a postcard, explaining what they feel towards immigration. Natalia Szelachowska, who coordinates the Transeuropa Festival in Warsaw, explains: « I find it really great that people are here and appreciate this moment, and at the same time think about immigration and write on these postcards. They are not  just here to attend a performance and then leave right after the end, they also give something of themselves ». 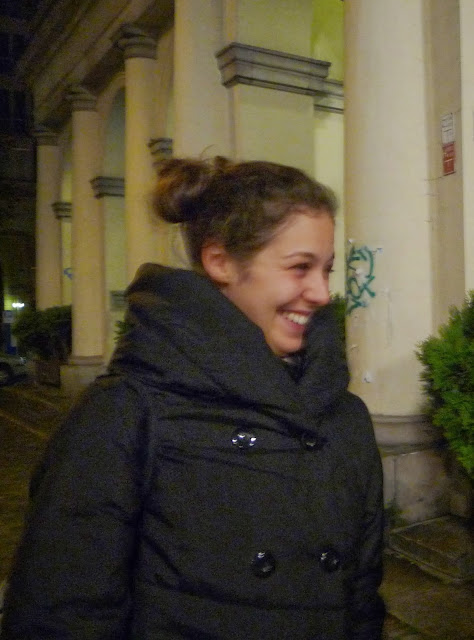 Natalia Szelachowska, from the Alternatives Européennes local group in Warsaw

As I'm writing my postcard, I'm obviously thinking of these four young actors who have left their countries to settle in Warsaw. For a crush like the crush Noé had, or for economic reasons, Poland being turned out to be a land of welcome and employment for southern Europeans.

I'm thinking also of Ridhi, who lives and studies in Oxford and whose Indian family moved from Mozambique to Portugal during the Independence war in the seventies. Rhidi told me her story in a simple and happy way... Now, she organizes OxPortunidades, a mentoring program that encourages young Portuguese people to be ambitious enough to apply for Oxford or Cambridge.

I'm thinking of Eri again, my Japanese friend who now lives in Modena and is married to Simone, the brilliant inventor. One day, after having spent a few years in Italy, she told me she was puzzled as much as fascinated by some of the strong cultural differences between the two countries.

I'm thinking of Parastza Pé, a crazy musical duo that I met in the train from Zagreb to Budapest. Danny, the American percussionist and Pablo, who plays the hurdy gurdy. They were gathered by their common will to play, in Hungary, the music from the Brasilian Nordeste... The two friends played a few tunes for Lucia – a young Slovakian student who was also part of the trip –, my friend Charlotte and me. 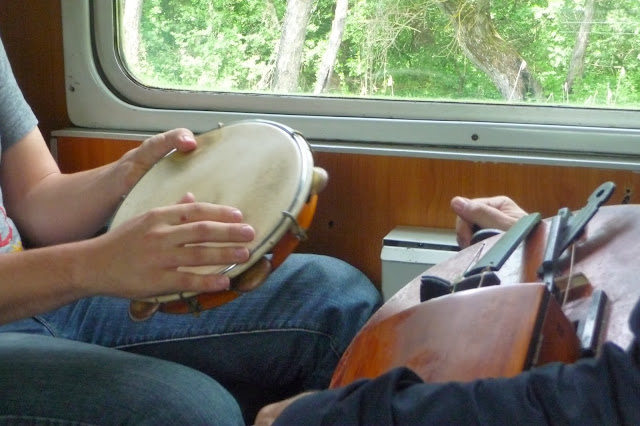 I'm thinking of this pretty Portuguese girl that I met in Kalamata, Greece. She came there like some young Spanish, French or Icelandic people to volunteer for a year in the youth centre managed by the association KANE. She fell in love with the Peloponnese and she decided to stay a bit longer in order to try her luck...

I'm thinking of Lorena in Madrid, of Cimi, Míša, Ahmet, Umar, Abdulrahman, and of all the others in Lund and Malmö, of Nadia and Siddharth in Stockholm...

I'm thinking of all these young people I met in the last months. Some of them live in the country where their parents were born, some don't. Several of them have already lived in two different countries or more, and they felt at home everywhere. They all have a story, tastes, and talents. They get involved in some projects bigger than them, or might get involved one day. These young people are ten years younger or older than me, they are engaged, curious, dynamic, passionate, open-minded, connected, European, citizens of the world... This is my generation, and I love it! 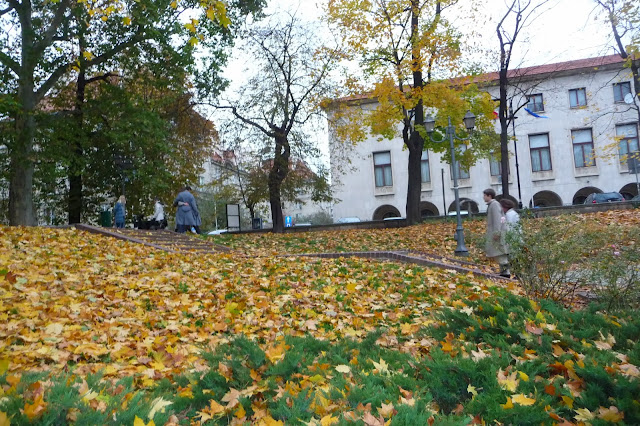