In Sofia and elsewhere in Bulgaria, young homeless people play football twice a week, preparing for the Homeless World Cup. These trainings are a dynamic way to regain a foothold in society: they are a school of life for people that often neither had a family nor an educational framework. Through an entrepreneurial and empathetic approach, Viktor decided to believe in this ambitious educational and social project, building on his passion for football and his skills. 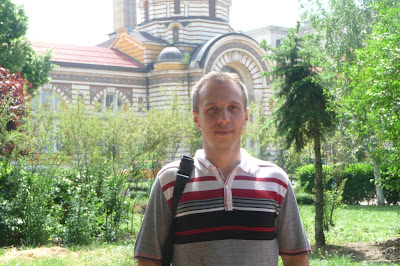 Two weeks ago, homeless people from all around the world heated up the atmosphere in Poznan. This Polish city hosted the Homeless World Cup. Thanks to social networks, I could enthusiastically follow the competition's highlights... And I was particularly paying attention to the Bulgarian team.

I met Viktor Kirkov in Sofia thanks to a happy coincidence. Viktor has always had a passion for football. He made a first career as a sport journalist, then worked for sports' advertisements and public relations. It is consequently not random that he became the official Homeless World Cup's partner in Bulgaria.

Viktor was first contacted for his expertise and his network. He accepted to give a helping hand to prepare the application file. One thing leading to another, Viktor became the only responsible of this unusual project.

Training the body and above all the mind


In August 2011, his application is accepted by the federation organizing the Homeless World Cup. The young man has just founded his own firm, Sports Management Bulgaria: he runs a sports complex for the municipality of Sofia and deals with sports marketing. His job is to bring people to sports: amateurs, but also media and firms. The challenge is somehow equivalent when it is about working with homeless people...

Except for a few key details. “At the beginning, everything was difficult”, Viktor explains. He makes the residents of a temporary accommodation an offer to play football twice a week for free. A first coach is recruited. And the 27 volunteer players (25 boys, 2 girls), aged between 19 and 28 years old, start to learn the rules... of life. This means a real challenge for people who, until now, nearly did not have any education. 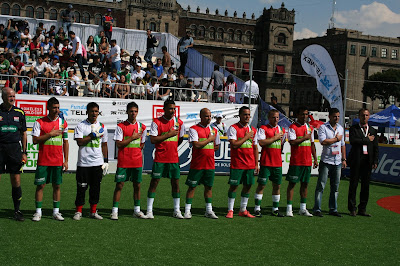 The "Team of Hope"  represents Bulgaria in Mexico City in 2012.
© Sports Management Bulgaria.

In Bulgaria, children left to welfare services grow up in institutions with bad reputation. When he describes this system, Viktor seems to lose his usual temper: “There, they deal with food and hygiene, but no one talks to these children. No one cares about their minds. When they are 18, if they are not finished with school, they are allowed to stay two more years. But when they turn 20, from one day to the next, they are on the streets”.

For the first trainings, the players do not really come on time. But, from one victory to another, they all end up arriving too early for the training, although this training now takes place in Viktor's far sports complex. For Viktor, performance is not the most important: “We try to make them more disciplined, organised, responsible. It is also important for them to learn how to help each other”.

To make progress, everyone should be happy

One can see results very quickly, even apart from the football field. Several team members find a job and, most importantly, manage to keep it. Some leave the temporary shelter and rent a flat. A young man enters university. They do not benefit from financial support, but they gain a benevolent supervision that encourages them to outdo themselves in all areas of life.

This first experience runs its course in Sofia. Meanwhile, Viktor builds up contacts in Plovdiv, Varna, Stara Zagora, Vratsa and Blagoevgrad. In these cities, trainings start as well. They are more or less successful, depending on the context. 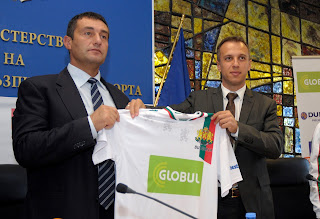 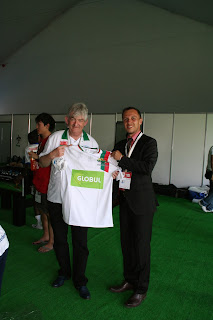 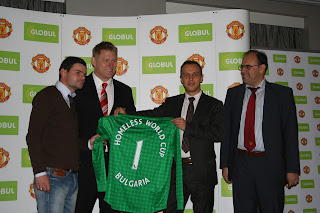 Thanks to his experience, Viktor developed a highly efficient business model.  He even explains it in a lecture to some international colleagues: how to find attractive ambassadors, how to give thrilling news to the media, how to create emulation... All of this to be able to give back to the sponsors about 5 times their investment in advertisements. “We try to make everyone happy”, sums up Viktor, who dedicates half of his time to a social mission, which, he notices, has positive repercussions on his sports complex. The coaches - who are now seven - are volunteers, but they have some fringe benefits. Above all, they get the possibility to develop their skills as the trainers of a national team.


Playing football has a lot of strong collateral repercussions. To go further and to maximise the impacts on the social integration of the youngsters, Viktor launches other projects. Some of the players take part in an educational program, which follows the suggestopedic method. This method was invented by Georgi Lozanov, a Bulgarian psychologist, and was positively evaluated by UNESCO in 1978. It aims to increase assimilation and memorisation, particularly in order to learn foreign languages. It relies on a positive group dynamic and fulfilling interactions. Viktor himself tried this method and is convinced of its efficiency. “People get a free spirit and become more creative... These youngsters, who did not receive any love until now, can change everything in their life”.

Two volunteers followed a training program about suggestopedia, and then both taught the players for 25 hours. Viktor has a lot of ideas to find the necessary funding to train new teachers. For instance, he is working with herbalists on inventing and selling some healthy, balanced and energizing “great food” that strengthens body and brain. 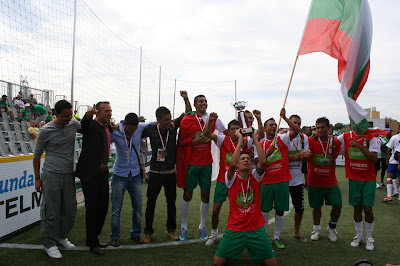 Actually, although personal fulfilment and social integration are the main goals of this project, sports success can eventually happens. In 2013, while participating for the second time in the World Cup, Bulgaria won one of the trophies, the Poznan City Cup. In addition, a futsal (indoors football) team is being created in Sofia, with the most talented players. The idea is to have, within two or three years, a real professional team. A team which will represent Bulgarians, the ones with a home as well as the homeless ones.

In August 2013, 26 players took part in the Homeless World Cup in Poland. There they met youngsters from 69 other countries.


Between youngsters in extreme precariousness and football, sports in general and the inhabitants of the different affected cities, through media and social integration processes.

Between youngsters from all over the world, who are currently experiencing or who used to have a very difficult life. 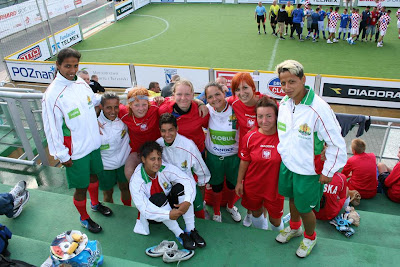 
The recipe for success: “To succeed, one needs two things: love and discipline. I do not want to help these people. I want to trigger opportunities that allow them to change on the long term. When they are ready, life gives them a chance. Our role is to help them to become “more” ready.

Find what makes you happy and do it: “When I was younger, I supported one of the local Bulgarian teams, and that made me really happy. Later, I lost this feeling when I discovered that not everything was always so clear in the football world. Now, with my team, I have this wonderful feeling again! The true reason is that I am happy to do what I do”.