Hauptschule, Realschule, Gymnasium... In Germany, the educational system creates early differences in school careers. In a few Länder, some links have progressively been established between these different educational possibilities. Nevertheless, social representations die hard. A youngster who studies in a Hauptschule – the least prestigious school – and one of his or her fellows who studies in a Gymnasium – the school which brings most of the people to university – have hardly any contact with each other. According to the school to which the youngster goes, his or her views on the world and his or her chances of success in life are not the same. To trigger more equity and solidarity, Christina and Elisabeth decided to arouse friendships and mutual aid between youngsters from these different worlds. Rock your life! offers mentoring and coaching programs. This experience proves to be really profitable for the pupils and the students involved. Christina really convinced me. 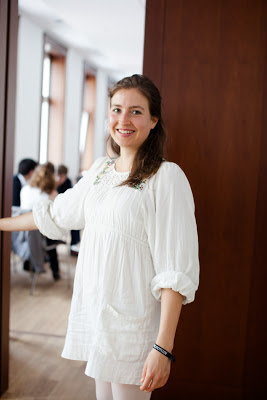 Christina meets her friend Elisabeth by the Lake Constance, at the Zeppelin University. She has warm memories of her two years of Master in this extraordinary university. “We had seminars in small groups, we really had the possibility to choose what we wanted to study”: a perfect work environment for reflections, exchanges and creativity.

An education system with different rhythms

During one of their conversations, the two students discover they have the same view about the way education is organized in their country: with a selection at the age of ten, the system restricts straight away some pupils' field of possibilities, mainly because the selection is often more influenced by the parents' socio-professional status than by the children's aspirations and skills. Moreover, there is nearly no communication between the teenagers pushed to do short-term education and the ones predestined to go to university. 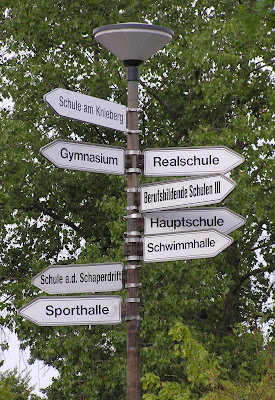 Aware of the fact that they themselves have been supported by their environment, Elisabeth and Christina wish to contribute to the creation of more equity and social mobility. They start to think of a mentoring system in which students support pupils of Hauptschulen, helping them to be more confident in their potential and in their possibility to carry out their own choices.

After taking an inventory of all the existing associations in this field,  the two young women decide to found a new organisation that would be strong and attractive enough to have a quick impact. One statute: social franchising. A name full of energy: “Rock your Life!”. One team: twelve people in the beginning, in 2009. With the support of some experts, they set up a pilot project. A school of Friedrichshafen and several students agree to give it a try. During one year, 40 pairs (meaning 80 pupils and mentoring students) experiment this method. 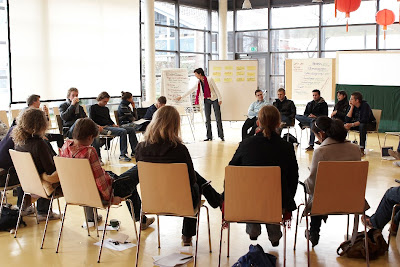 Walk a bit together

The principle : Rock your life ! recruits volunteer students trained to be mentors and then offers the program to some Hauptschulen. Among the pupils of the two last classes (who are supposed to be between 14 and 16, but in reality are often older), volunteers register and pairs are then constituted. Throughout the year, the pupil and the student meet and work on a program on which they have agreed. This program may be sometimes linked to school or work placements or it can also be about seeing each other, talking or going out together. “Things of everyday life”, sums up Christina.

From the first year, Rock your life! wins a prize and gets good media coverage. Thanks to this support and to student networks, this initiative grows quickly: 10 local branches in Germany and 400 pairs in 2010, 27 local branches and 1000 pairs in 2012. The program is for free for the schools that strongly encourage their pupils to take part in it. The team does not struggle to recruit “coaches” among students.

Is everything really so simple? Christina admits that the beginning was not easy, “particularly when we started to work full-time on the project but still did not have enough resources. It was necessary to work beside the project.”  This financial stress quickly decreases thanks to some partnerships with different firms that also take part in the learning process. Indeed, some of them have to face difficulties to find skilled labour. Consequently, Rock your life ! is seen as an intermediary to help the recruitment of motivated and well-guided youngsters, particularly for apprenticeships. 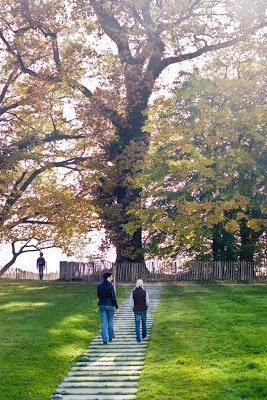 What can we learn from Christina's experience?

I will go back deeper over this topic later, but I find it useful to refer here to the “flow” of Mihály Csíkszentmihályi. This concept denotes the state of being totally immersed in an activity, being strongly focused on it and having the feeling that the different steps are perfectly clear and linked together. In this state, sense of time disappears and one feels to be part of something larger. I advise you to listen to the TED conference of this great psychologist who concludes by challenging us  - “How to put more and more of everyday life in that flow channel?”- , while admitting that we are not equally doted to do it. Peer coaching has most probably a role to play.

For more information, visit the website of Rock your life!