This spring trip to southern Europe is already well underway. I would like to be more reactive and be able to share my experiences almost simultaneously with you. I would like to introduce to you right now all the interesting persons that I have already met: Martin, Christina, Flavia, Simone, Neza, Sasa, Nina, Osvit, Nori, Marti and all the others...

The story of these encounters will come later... Meanwhile, I would like to write about a few important Balkan bridges. From different times, often rebuilt, they are the witnesses of our difficult European history, of the disasters and of the links that we try to build again. In Balkan cities, one can find nodes which are still really intermingled. 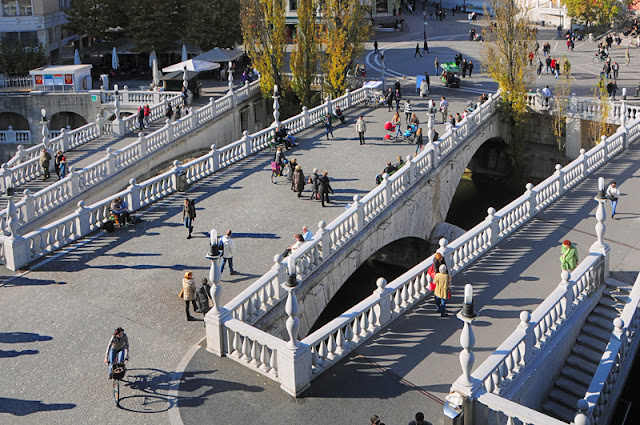 In the Slovenian capital city, the Tromostoje (Triple Bridge), built in 1842, crosses the Ljubljanica. It replaces the former medieval bridge which linked north-western Europe to the Balkans. 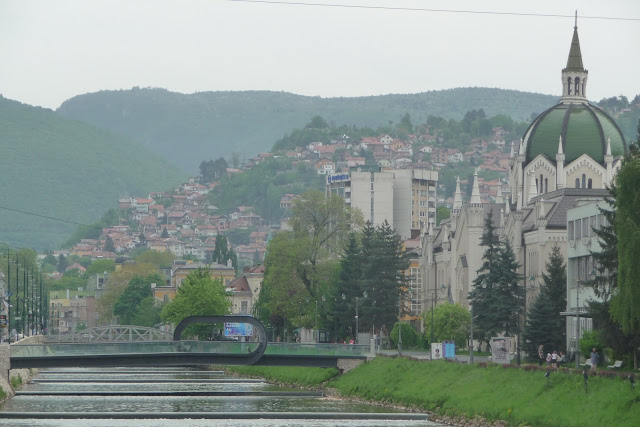 Designed by three Bosnians and opened in 2012, the Festina Lente connects the two shores of the Miljacka in Sarajevo. Made out of steel, glass and aluminum, in the shape of a looping, this bridge invites to a spiritual experience, in a city that already creates this kind of experience. 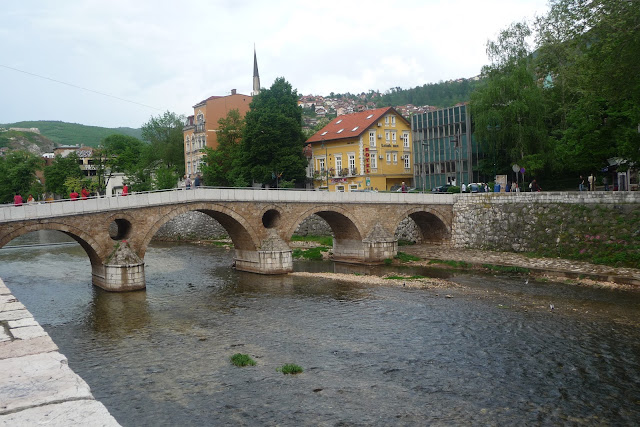 Not so far from there, one can cross the Latin Bridge. It was called Princip Bridge for a while, after the name of the murderer of Archduke Franz Ferdinand of Austria in 1914. This event, known for being the spark that triggered the cycle of alliances and thus the First World War, happened just in front of this bridge. 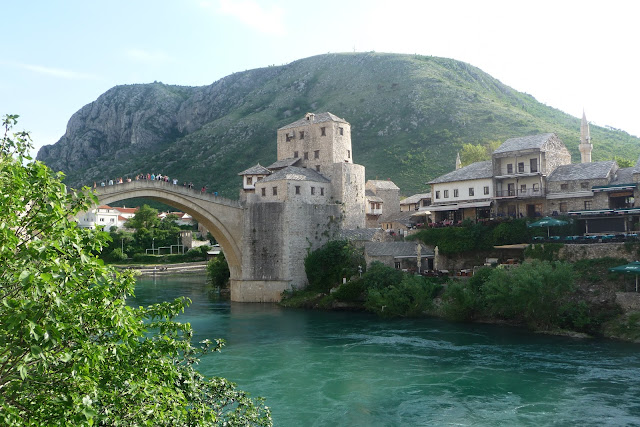 In Mostar, another city victim of the war in Bosnia and Herzegovina, the Stari Most (Old Bridge) which crosses the Neretva was bombed in 1993. Once it was rebuild in 2004, this stone bridge and Mostar's old town were recognized as UNESCO World Heritage Sites. 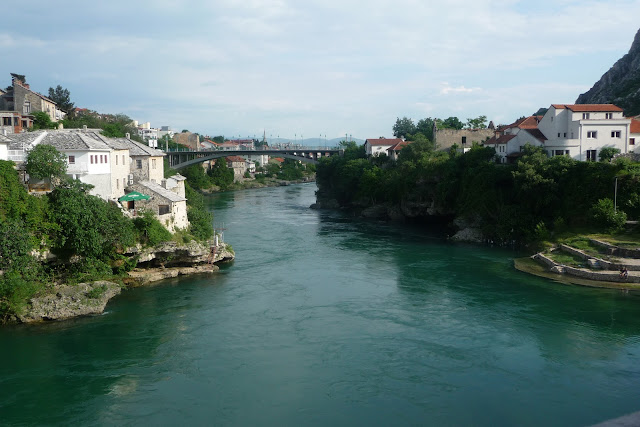 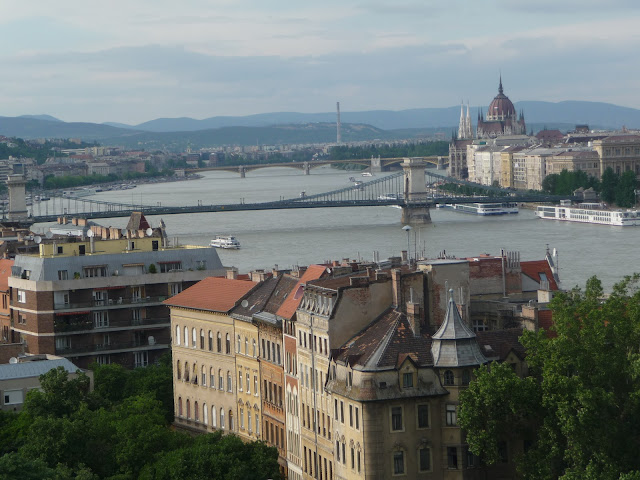 At the place where it reaches Hungary and Slovakia, the majestic Danube is sometimes considered as the northern border of the Balkans. In the Hungarian capital city, nine bridges connect the hills of Buda to the plain where Pest is located. The Széchenyi Lanchid (Bridge with Chains) was demolished in 1945. It was then rebuilt and reopened four years later. 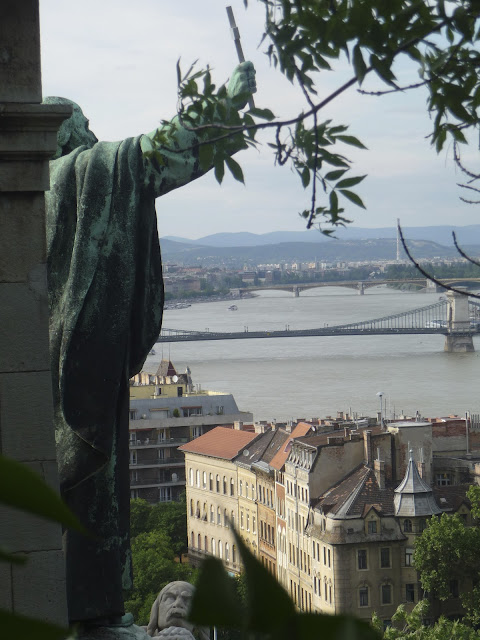 On the mount named after him, Saint Gellért tried to convert the Magyars to Christianity in the XIth century.  His statue brandishes a cross, while a pagan gets ready to push the bishop in the Danube... This scene weirdly reminds me of another cross, seen a few days before, a cross built just after the war in ex-Yugoslavia and that overhangs Mostar. 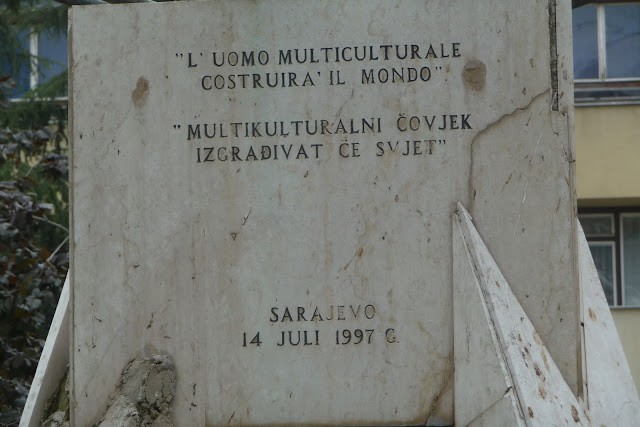