“Being European is being locally active”


In Berlin, Martin founded Citizens for Europe, an association which looks like him and  like all the Europeans he met during his different trips. The goal of this association is to give a meaning to the idea of European citizenship, in order to allow every person living in Europe, whatever her/his origin, to make her/his voice heard and to take responsibilities. The background idea is that the participation of numerous people and the consideration of diversity at a local level are necessary to make Europe grow. 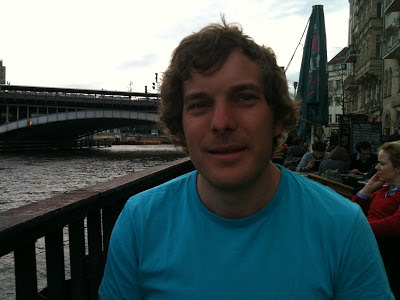 Portraits of Europe: What is your educational background ?

Martin Wilhelm: I studied communication, political science and macro-economy. My university was in Greifswald, not far from the Baltic Sea, the area where I was born. But my studies have never been the main mover of my development.

Between 18 and 26 years old, I seized every mobility and education opportunity linked to Europe: Erasmus, European Voluntary Service, exchange programs. I did my military service in England, in an anthroposophical school. And I lived in different European countries, such as Norway, Hungary, France and Serbia, where I created a student festival, the International Student Week in Belgrade.

Because of all these trips, I started to feel more and more detached from my national identity. I became aware of what links these countries, of the reasons that gave people the will to make Europe grow. I kind of became a European citizen.

So there is actually a contradictory movement: European mobility programs, of which I could take part, give people the possibility to switch their status from passive to active citizens. But the European Union does not know how to deal with active citizens. There are now the first European citizens' initiatives, let's see what it will become. 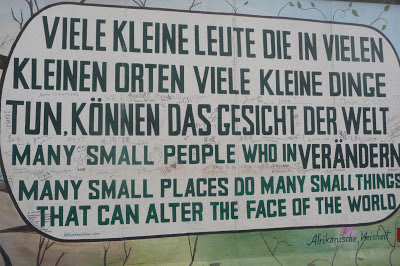 PoE: How did Citizens for Europe start?

MW: I had a professional experience in a foundation here in Berlin. It was a really hierarchical structure and I left it quite fast. I thought for a moment about what I wanted to do. In Berlin, one citizen out of seven does not have the right to vote. Mobility in Europe is a good thing, but there are social and political rights that one loses when one crosses a border. This is true for European citizens, and even more for non-European citizens.

We got a financing from the “Youth in Action” programme and we created an association immediately afterwards. As a reference to “Europe for Citizens”, an important financing programme that aims to generate European citizenship, we called our association “Citizens for Europe”.

PoE: For Citizens of Europe, European citizenship is above all a local challenge. How many people take part in the projects conducted in Berlin?

MW: Through the projects that we conduct in Berlin, we indeed defend the idea that being European means being locally active: identify common problems, talk about it together, try to find a solution, communicate with one's neighbors, think about the way we consume...  Consumption in particular has an impact on all the segments of our society. It is actually maybe what makes Europe specific from the other continents: the idea that everyone is responsible for what is happening in one's environment. 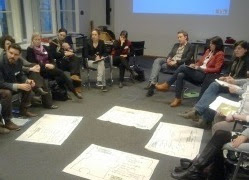 About the number of people involved, it depends on the projects. With “Jede Stimme”, we organized fictive elections one year before the regional elections. We invited all the citizens, German or not, to vote. We worked with more than 80 associations for migrants and all in all, several thousands of people were involved.

PoE: How could you define your way of working?

MW : Our team is made of seven people. We also work with external moderators from Interactive Workshop of Europe and from Art of hosting. When we start a new project, the whole team thinks together to develop an idea. We use interactive methodologies,  like “Pro-action cafe”. It takes time because we need to communicate a lot, but the projects created out of these processes are sustainable and full of meaning. 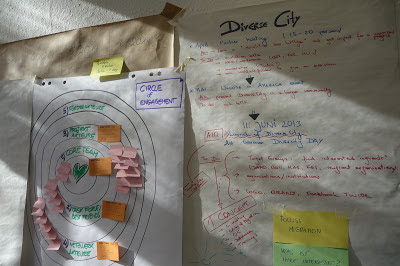 For example we recently had to define the goals of a new project, “Diverse City”. This project deals with the problem of non-representation of immigrants in decision bodies in companies and in public institutions. We first made a “Design thinking process” among the team. Then we did again the same process with 20 external people, from some associations for migrants, administrations and firms. The idea was to gather different opinions from different points of view in order to check if we were heading in the good direction. After this encounter, the people who took part told us that they wanted to meet again. They realized one thing: we can help so much each other if we just have a smart way to talk to each other. 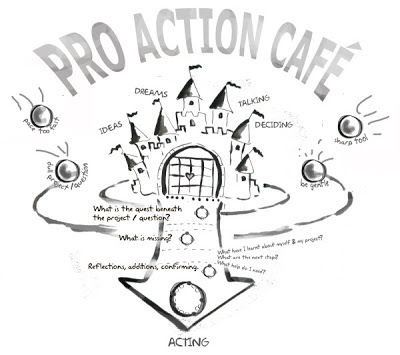 We would like to introduce these practices of collective intelligence in politics. This would mean to go away from hierarchical decisions in order to make collective reflections that bring out decisions. We will meet in May with different European partners to look into the Icelandic experience and to get inspiration from it to write a Convention for Europe applying the idea that citizens are actors.

PoE: So you are trying to spread a new political culture. How can this be achieved?

MW: Yes, a new political culture in which each citizen, locally, participates and takes responsibilities. This is an evolution which will need time. The main problem is that our educational system does not build active citizens but consumer citizens, people that are used to be told what to learn, what to believe, which skills they have to develop. To change our political system, it is necessary to change our educational system.

For more information, visit the website of Citizens for Europe.