The heart of Europe


My trip around Europe starts in Brussels. Friendly, surprising, complex Brussels. In a few days, I meet with a lot of people who share with me their passion for Brussels, Belgium and Europe. Three territories where the necessity to live together and define the right political landscape create interestingly similar challenges.

Looking at History is necessary to understand Brussels and Belgium today. Here are a few maps, enthusiastically commented by Jean-Christophe Victor’s team : 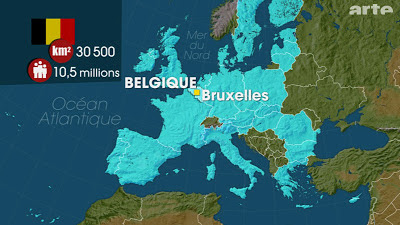 In Summer 2010, two journalists rode through Belgium, following the languageborder. One evening, each of them joined a well-off family for dinner : French-speaking in Brussels for one and Dutch-speaking in Antwerp for the other. 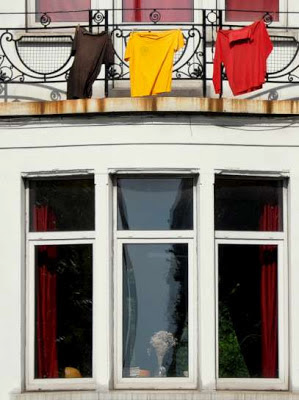 The French girl in me finds it hard to imagine. True, I was born after the first laws about decentralization, but I still got educated with the value of a single and undivisible republic – where the construction of a common organization remains more prevalent than local needs.

Celine Brandeleer, from the Pour la Solidarité think tank, shares her thoughts with me : « When is a common identity shaped ? Is there a definition of "Belgianism" ? I believe there is, but it is in the details (…) Do we really want to stricly define Belgium ? I do not think so, because a culture is by nature always evolving. » As a result, according to Celine: "The way to deal with cultural diversity is very different in Belgium from what it is in France."

Will the French integration ways end up being the exception, not the norm ? I remember Montesquieu’s Lettres Persanes…

Obviously, Brussels looks like a miniature Europe mainly due to the 40,000 staff of its institutions, its 20,000 lobbyists, and how the European Union shaped its economy and some of its neighborhoods.

In practice, this leads to : as I walk throughout the streets of Ixelles when kids are going back to school, I see some of them saying goodbye to their friends in French. Then they chat Italien on the way home with the nanny. I also bump into that kind of cars : 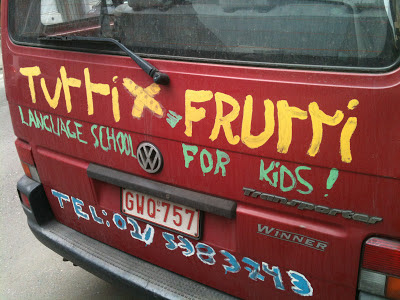 Immigration in Brussels takes many different forms. Its inhabitants come from everywhere in the world, for a wide range of reasons – but mainly economical or political. When asking about the importance of the « European bubble », I am told : « Brussels is full of small bubbles ». And it’s true. Th city is constantly changing, from one street to the next. In Ixelles still, in Matonge, African people from 45 countries mix with latino, Indian, Pakistani, European people… 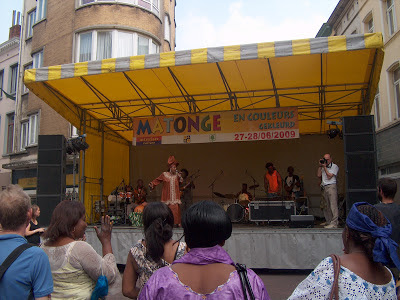 A melting pot that constantly raises questions about how to live together. There doesn’t seem to be bridges between these worlds. It is not only about the relationship between French and Dutch-speakers. There can also be misunderstandings between the bright, high-brow European functionnary for Eastern Europe, and the beauticien, from the same country, who handles her manucure…

But everything can move in Brussels. Bonds are made, meeting take place… I will tell you about young active citizens, social entrepreneurs and volunteering among the Brussels youth. I will also tell you about two fantastic young adults. One of them co-wrote a great article entitled "Being Belgian means needing the other to define oneself". 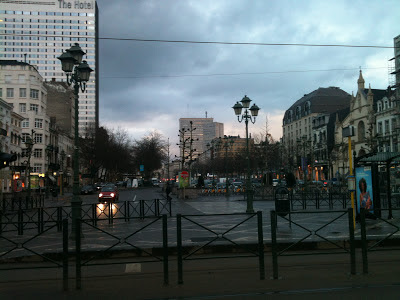 As everywhere, the crisis is present, it is raining, spring is late, students have been trying for months to land the job of their dreams, some came from even further away, often in a situation of weakness, near Gare du Midi, a grocer from Syria tells me he is worried for his family who stayed there… But in Brussells, people keep smilling, keep going, and, in the end, is quite welcoming…